“Hello! Hello! Barang” is what you will hear from kids followed by giggling and smiles when you are walking through villages or towns of Cambodia. ‘Barang’ in Khmer means French and history dates back to the French colonial era.

After years of planning, finally I reached to explore enchanted beauty, rich history and religious monuments of Khmer Empire, Kingdom of Cambodia.

Bordered by Thailand, Laos and Vietnam, Cambodia has population of over 15 million residing in the 181,035 square kilometer area. Approximately 95% of the population practice Theravada Buddhism. From the early days, Cambodia has seen various invasion, wars and political instability.

King Jayavaraman II, founder of Khmer Empire hold the credit of establishing the Cambodian history and  founder of Angkor Era.

French colonized Cambodia in 19th century to help local King and to establish protectorate. During WW-2, French having week position the signed an agreement with Japan to allow Japanese military transit through Cambodia.  In 1945 Cambodia was given Independence, establishing the consulate in Phnom Penh. After some stability, the civil war started in Cambodia, tearing the country apart. With the help of US, the Khmer Rouge started gaining the control of powers and immediately after the victory, the urban population was ordered move to countryside to work as farmers, and to reshape the society. Modern Cambodia is still struggling to survive and is under the mercy of various international countries who invest and contribute in Cambodia’s progress.

My visit to Cambodia was to cover the Siem Reap province. Here is my list of top places to visit in or around Siem Reap.

Angkor Wat(City of Temples): Largest religious monument in the world, the complex spreads over 2 square kilometer. The Angkor Archaeological park contains the remains of different capitals of Khmer Empire from 9th to 15th century.

The Wat was built by King Suryavarman II in dedication to Hindu God ‘Vishnu’. The height of central tower of Wat is 213 meters and is surrounded by three square boundaries on different levels. The overall structure imitates the lotus bud. The lotus is a sacred flower and favorite of ‘Vishnu’. The walls are covered by marvelous statues of Apsara’s. As per Hindu methodology Apsara’ s are beautiful, supernatural female beings, youthful and superb in the art of dancing. The Wat was later taken over by Buddhist’s, and now it’s more of a pivotal point of Cambodian Buddhist’s.

Walking through the temple, I could see the damage done by civil war, the bullet holes on the temples, broken/scratched statues of Buddha and Apsara’ s.

The best time to visit the temple is either morning or evening to catch the glimpse of sunrise/sunset over the Wat. Just like me, crowds were at the various locations around the Wat to capture the sunrise. I was lucky as my tour guide took me to spot where I was away from the crowds, and was able to enjoy quite moments and to cherish the beauty of Wat.  Visitors are required to buy an entry ticket, which gives access to whole Angkor Wat complex. Appropriate dress is compulsory for entry into certain areas of Angkor Wat as respect of temple and to maintain the cultural sensitivity.

Angkor Thom(Great City): Spread over 9 square kilometer by King Jayavarman VII Angkor Thom was built as capital city of Khmer kingdom in the 12th century. The city has 5 gates, 1 each at south, north, west and 2 gates in the east. 1000s of people inhabited in the city boundaries, and the city had roads, waterways, markets and hospitals. By the end of 18th century the city was abandoned.

Tip: Visit all gates and ruins of temples on each corner of Angkor Thom as these temples are not frequently visited by many tourists.

Bayon Temple: King Jayavarman VII built, Bayon Buddhist temple which incorporates elements from Hinduism. King had a vision to combine both religion to bring the harmony and peace. The Bayon temple is situated in the exact center of the Angkor Trom. Exploring the temple is challenging but rewarding experience. It’s not as big as Angkor Wat but have similar 3 levels. The well-known 3 smiling face images originated from here. There is a spot in temple from where all three images can be seen in a row. The wall of the temple showcases the craved figures showing all aspects of life from birth to death, peace to war and from farming to hunting. The temple houses status of Buddha whose top part was chopped and disposed miles away from the temple during the civil war. Later archaeologists found the top and re-attached to the base. The engravings inside the temple showcase the conflict of Hinduism and Buddhism, where Buddha engrave statues were destroyed and Hindu God sculptures were made.

From all the temples, I visited during my visit to Cambodia, Bayon temple remains my favorite place to visit.

Ta Prohm Temple: Most of us know this temple as Tomb Raider Temple, was originally built by King Jayavarman VII in memory of his mother. This temple has closed courtyards, narrow corridors and is a living example of showing how nature can take over when left alone. The major area of the temple is taken over with tree going through the roof and other parts from 100s of years. Various areas of the temple are damaged and closed as they are not considered safe to visit. The huge restoration work is in progress to preserve this wonderful monument.

Tonle Sap Lake and Floating Village: Tonle Sap Lake is the largest fresh water in South East Asia. The interesting fact about this lake is that its size changes depending on the monsoon and dry season.
The lake is located about 15 kilometers from Siem Reap town. Chong Khneas village is a floating village located at the banks of Tonle Sap lake. The village showcases the towered stilted houses, and the residents highly depended on fishing and tourists visiting the area. The entry fee to paid by tourists is used to develop the village and improve its infrastructure.

Pub Street/Night Market: After visiting enrich historical sites, the pub street offers shows the what Siem Reap can offer as nightlife. Pub street have restaurant, pubs and live music bars. The pub street has restaurants/bars to suit any budget. This is an ideal place for enjoy drinks or two, pub hopping and to get a cheap foot and back massages. For about $2.00 you can get 30 minutes of foot massage. The night market adjacent to Pub street offers great place to shop and buy souvenirs and knick-knacks. The market is normally open till 4:00am.

Angkor Wat and its Reflection in the pond 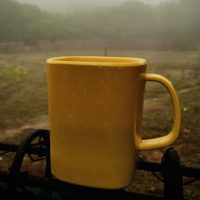 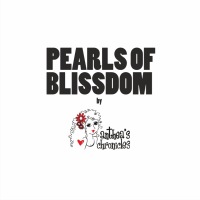 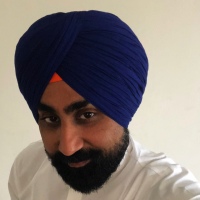 A couple of lovers & travelers sharing their travel insights to help YOU live your own adventures!

... Into her memoirs of magic, simplicity, and romance enticed by food and travel

THE MIND OF RD REVILO, The Blog (& Podcasts) 4 BLACK Men